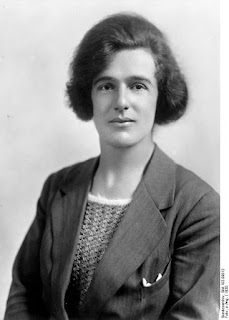 Today I'd like to welcome fellow Pen and Sword author Michelle Higgs to my blog. Michelle's wonderful new book Servants' Stories is out now., and Jessie Stephen's career is just one of the many amazing true stories inside:


JESSIE STEPHEN: THE HOUSEMAID WHO BECAME A SUFFRAGETTE AND TRADE UNIONIST
By her own admission, Jessie Stephen was no ordinary housemaid. Born in 1893, she was the daughter of a tailor who worked for the Co-operative Society in Glasgow. She wanted to be a schoolteacher and when she was 14, she won a scholarship to secondary school. Sadly, Jessie had to leave a year later when her father became temporarily unemployed. Duty to one’s parents and contributing to the family finances had to come first.

When she was interviewed about her life in 1977, she recalled:
“trade was so bad that particular year [1908], I had to go out to work. I went to one or two jobs, factory jobs, but it was only half a crown a week and I wasn’t helping Mother. So I said I’ll find a job in service because at any rate the money will be completely free of any expense to Mother. Of course, you’d have your board and lodging… I am grateful to my Dad. He cried a bit when I was said I was going…he wanted something better for me but of course in later years, I justified his appreciation of what I’d learned.”
(From recorded interview in LSE Library’s collections, ref: 8SUF/B/157, 1 July 1977.)

Like so many working-class girls, Jessie Stephen went into domestic service as a ‘general’, working first in Glasgow. She quickly found she was better educated than many of the mistresses she served. Jessie described one of the homes in which she worked:

“There were four [servant] girls … [and] they had two bathrooms [in the house] but we weren’t allowed to use the bath. Oh, no! We had to go in the wash-house and have our bath in the copper, warm the water and get in the copper, one of the girls holding the door so any of the men who might pass couldn’t get in. It was humiliation that servants had to suffer back then, as if we were different creatures. We were often very much cleaner than they were because we were always taught to be clean. Every one of us had a bath every week, my Mother saw to that.” 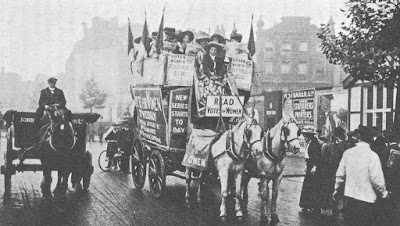 Not content with her lot, Jessie became a labour activist at an early age; she was made vice-president of the Maryhill branch of the Independent Labour Party at the age of 16. She was also a militant suffragette and a member of the Women’s Social and Political Union; while wearing her maid’s uniform, she dropped acid into pillar boxes to destroy the contents.
Determined to improve the working lives of her fellow servants, Jessie was also involved in founding a domestic workers’ union in Glasgow in 1913. There were minor successes, but it was difficult to recruit members and the union eventually became affiliated to the Domestic Workers’ Union of Great Britain. 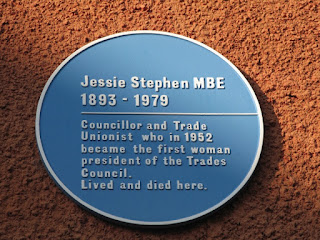 You can find out more about Jessie Stephen’s experiences as a domestic servant in Servants’ Stories: Life Below Stairs in their Own Words 1800-1950 by Michelle Higgs (Pen & Sword, 2015).