We’ve all coveted the fashion prints, or explored the stately homes and gardens, or perhaps pictured ourselves whirling around a ballroom with Mr Darcy and Elizabeth Bennett. But are we in danger of losing sight of the ‘real’ Regency?
It’s easy to get seduced by the affluent lifestyles of the upper classes. Yet the Regency was an age of contrasts. Far away from the glitzy world of clubs like Almack’s and White’s, social unrest in counties such as Cheshire embodied the real spirit of the age. 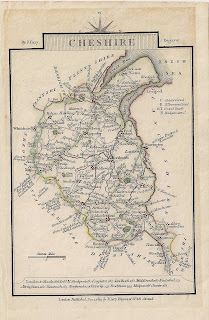 The Napoleonic Wars placed a huge financial burden on Britain. The working classes groaned under the weight of taxes on tea, soap, salt, sugar and other household items. War and a succession of bad harvests led to great hardship. When bread prices hit famine levels in 1812, workers rioted. The Luddites attacked mill owners’ factories and homes. The Corn Laws, introduced in 1815 to protect the profits of the landed and farming interests, kept the price of corn at grossly inflated levels. Two years later, celebrity chef Carême created a famous feast at Brighton Pavilion for the Prince Regent and guests with over 100 different dishes on the menu.
The working classes bitterly resented the Corn Laws, but they had no vote. Booming industrial towns such as Manchester and Stockport, with spiralling populations, had no representation in parliament. Political tension simmered between the upper and lower classes. It’s a measure of workers’ desperation that they risked their lives for change. The Radical reform movement was brutally repressed by a paranoid administration terrified that Revolution would cross the Channel from France. Lancashire and Cheshire workers protesting peacefully in the ‘march of the Blanketeers’ and on the field of Peterloo were met by the gleaming sabres of the yeomanry cavalry. 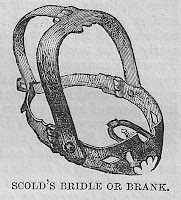 The penal code was savage; land and property were sacrosanct. Men faced transportation for stealing a pheasant to feed their families. Medieval punishments such as the stocks and scold’s bridle were still used in Cheshire towns. Even children could face a death sentence for stealing property worth seven shillings or more, although in practice the sentence was often commuted to transportation. Eleven year old Samuel Jones spent six months in Knutsford’s House of Correction in 1828 for stealing linen.
It’s fair to say that many members of the privileged classes took their social responsibilities very seriously. Jane Austen was well acquainted with the nature of poverty. In Emma (1816), she describes the cottage of a ‘poor sick family’ living near Highbury, with its ‘outward wretchedness’ and ‘still greater within.’ It’s one of Emma Woodhouse’s nicer traits that she is ‘very compassionate’, and Georgian charity flowed freely. In Cheshire, charity balls were held and soup kitchens set up to help relieve silk workers’ families suffering during a trade depression, which was exacerbated by the banking crash of 1825-6.
Many silk and cotton workers were children and young people. Those elegant muslins and silks depicted in La Belle Assemblée and the Lady's Monthly Museum were made by cheap child labour.
The new factories springing up during the industrial revolution needed workers. Some were ‘free’ labour children sent to the mill by their parents. Farmer’s boy Adam Rushton hated the long hours he worked in the Macclesfield silk mills, but his impoverished parents needed his wages. In one Stockport cotton mill in 1816, 145 of its 418 workers were under eighteen. Tiny children were small enough to crawl under and clean the ‘mules’ which spun cotton; their fingers could nimbly fasten together broken threads. Children as young as five years old worked for fourteen hours a day or more for a few pennies each day.
Other child workers were parish apprentices. Some London parishes sent cartloads of workhouse children to northern counties. These children were apprenticed to factory owners from age nine or ten until they were twenty-one. The parish apprentices were legally owned by their masters, who didn’t pay the children a wage – just fed and clothed them.
By contrast, ‘The First Gentleman of Europe’ squandered £30,000 p.a. on his racing establishment alone. The Prince Regent alienated his subjects with his spendthrift ways, gambling, love affairs and bitter feud with Prince Caroline. William Cobbett commented that when George IV was buried in July 1830, the people of London, far from showing grief, treated the event as a public holiday.
So spare a thought for those who really paid for the dreaming spires of Brighton Pavilion: the impoverished millions who also inhabited Jane Austen’s ‘Regency World.’

Shameless self-promotion, I know, but this has really struck a chord with me, as I write Regency novels - but not romances. My books are historical financial crime novels set in 1820s London, narrated by magistrates' constable Sam Plank, and as you can imagine he sees plenty of the seamier, grittier side of Regency life. "Fatal Forgery" is about a crooked banker cheating his clients (can you imagine such a thing!), "The Man in the Canary Waistcoat" looks at investment fraud, and "Worm in the Blossom" uncovers blackmail and child prostitution. I am currently writing book four in the series, and there will be seven in total - with not a bodice ripped in any of them! All books are available in paperback and various e-formats, and audio versions are underway. Not sure whether I can put a link, but just in case: https://susangrossey.wordpress.com/purchase/

This was an excellent article. Too many readers of this era see it through rose tinted glasses, and it was refreshing to see a writer mentioning the sorry facts of life for the majority of the population.

Thank you for your comments!

Many thanks for your comment, Colum! Life was very hard for the underprivileged masses.